You are here: Wiki » Lasershow Designer BEYOND Manual » Cue properties

The Properties of each cue can be accessed by right-clicking on the cue and choosing Cue Properties. The first page of the Cue Properties window is shown and described in the picture below. 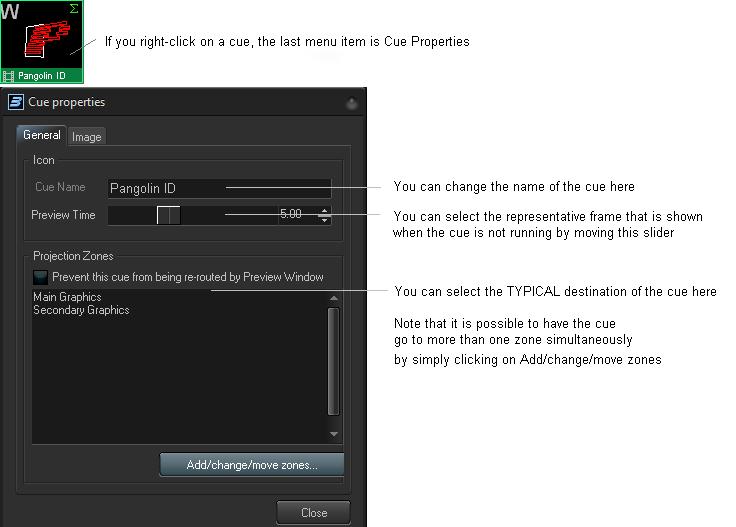 The Destination section controls the destination of the cue (i.e. where the cue will be routed once it is triggered). Most users will have only a single FB3 and a single projection area, and therefore most users can simply leave this set for the default selection (Zone 1: Scanner 1 Main). 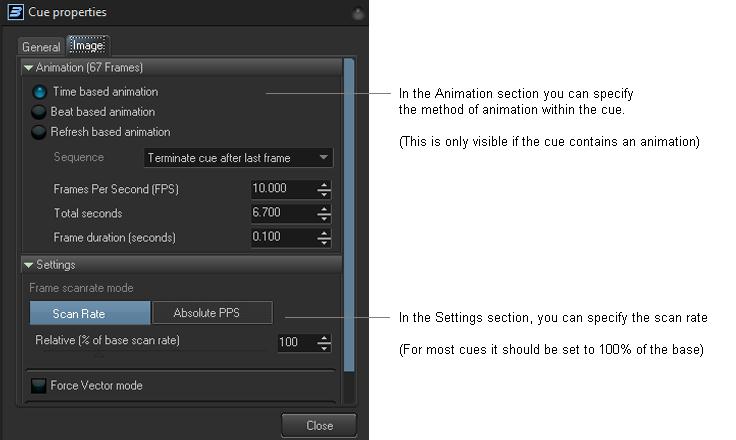 If the cue contains an animation (i.e. a frame file with more than one frame), there are three ways in which BEYOND can animate that frame file.

The lower portion of the Cue Properties window allows you to control the scan rate of the cue, as well as accessing more advanced optimization settings. Most users can simply leave this set to 100% of the base scan rate as shown above.

Preventing cues from being rerouted

It is possible to use the Laser Preview window as a means of directing cues to projection zones other than those already specified by the cue itself. However, individual cues may prevent rerouting by checking a box on the General tab. 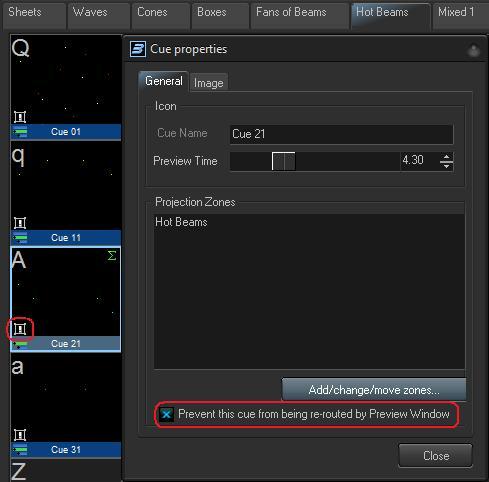 When rerouting is prevented in this way, the cue will have a special icon indicating that it can't be rerouted by the preview window.