You are here: The Pangolin Wiki » Lasershow Designer BEYOND Manual » Scrolling Text 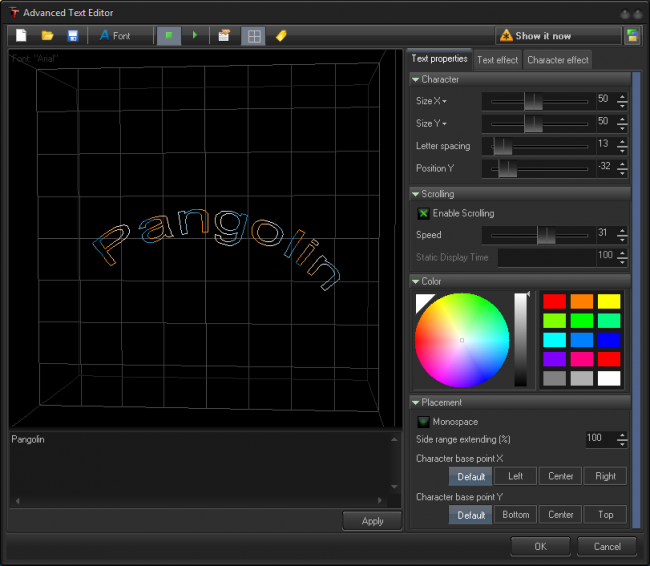 There are two effects available for Scrolling Text objects that are for characters only or for a whole text object. The whole calculation process (simplified) is this:

The Character effect also has the ability for inter-character time shift (delay). This is very simple way to get funny looking scrolling text. 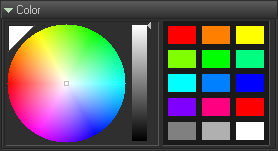 An initial color of of the characters. Later, the color may be modified by means of a Color Effects. 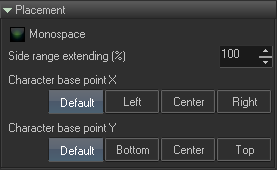 The Monospace option sets the character widths to be equal for all characters. By default, text uses character dimensions defined by the Font.

Side range extending - trims the scrolling text, and with some effects it can be made visible if BEYOND trims the character too soon. The range control allows you to make it later, it extends the clipping window on “N” percent.

Character base point - Instead of a character defined point, the center point can be set dependent on the character dimension. It is very noticeable when you apply a Size or Rotation effect.