You are here: The Pangolin Wiki » Lasershow Designer BEYOND Manual » QuickTarget Beam Settings

QuickTarget Beam Settings provide you with a powerful tool that can be used to create a wide variety of targeted beam effects. Please note, that targeted beams can be dangerous, and we highly advise that you have a full understanding of laser safety and your local laser light show regulations, before using this feature of the software. This feature is only recommended for clients who use targeted mirrors, mirror balls, or diffraction grating effects.

NOTE: QuickTarget’s features will not be available until you confirm that you understand how to use them.

The first time you open the QuickTargets Beam Settings window, you will see a message that explains what QuickTargets are used for. This message will also ask that you confirm your understanding of the the tool and the associated risks involved.

Neither the Beam Settings window shown below, nor the QuickTargets Beam Sequencing tab will be available until you have made this confirmation. 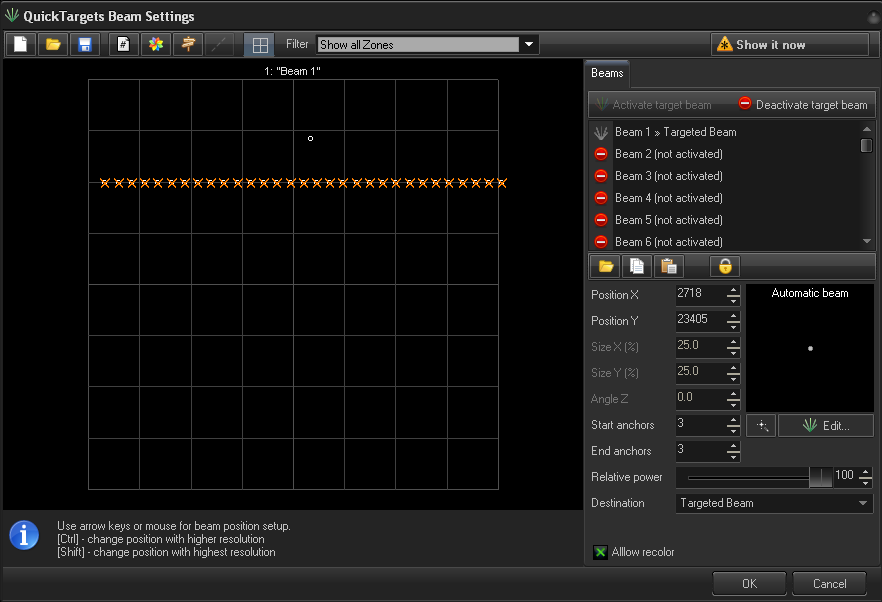 Also included in this section are buttons to “Show beam number”, “Show Colored Markers”, and “Show Relations” (the Show Relations button shows a diagram of the Projection Zones, so that you can route each QuickTarget Beam), “Show Diagram of Relations” (this will draw lines from each Zone listed in the Relations diagram to the QuickTarget Beams being routed to that Zone), “Show Grid” which will show a background grid, and “Filter” that will show only the QuickTarget Beams being routed to the specific Projection Zone you choose in the drop down menu.

All main settings of the beam are loaded in the Beams tab. If a current beam uses a frame or any other dynamic content, than it will appear in the Effect tab where you can add an effect to the beam. 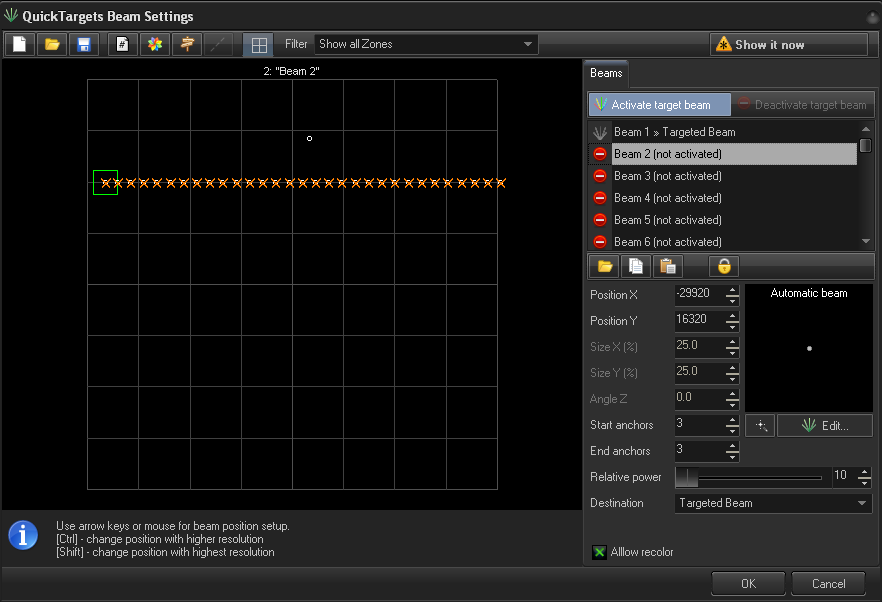 By default, BEYOND uses static beams with a specialized power control system. The alternative model to this, is to use standard content instead (frames, shapes, etc.).

Note: when you use frames, BEYOND cannot use the specialized power control system.

You can change the relative power of the QuickTarget Beam from 10 to 100 and also route each QuickTarget to a specific Projection Zone. It is important to note, each beam starts out at only 10% power. If you want higher power in that particular beam position, you will need to increase the Relative Power setting for that beam.

You may encounter a situation, whereby you have created a a large number of targeted beam positions, and you want to quickly sequence these for a show.

Let’s say you created 500 targeted beam positions… You wouldn’t want to have to click on those one by one. As such, we created a special tool within BEYOND that we refer to as “Beam Groups”. Beam Groups allow you to click on targeted beams, active them, and add them to a “group”. Within the content menu, you can select “As a group of Beams”, and after this, you can mark the beams that you want to belong to this group and include them. It’s that simple. 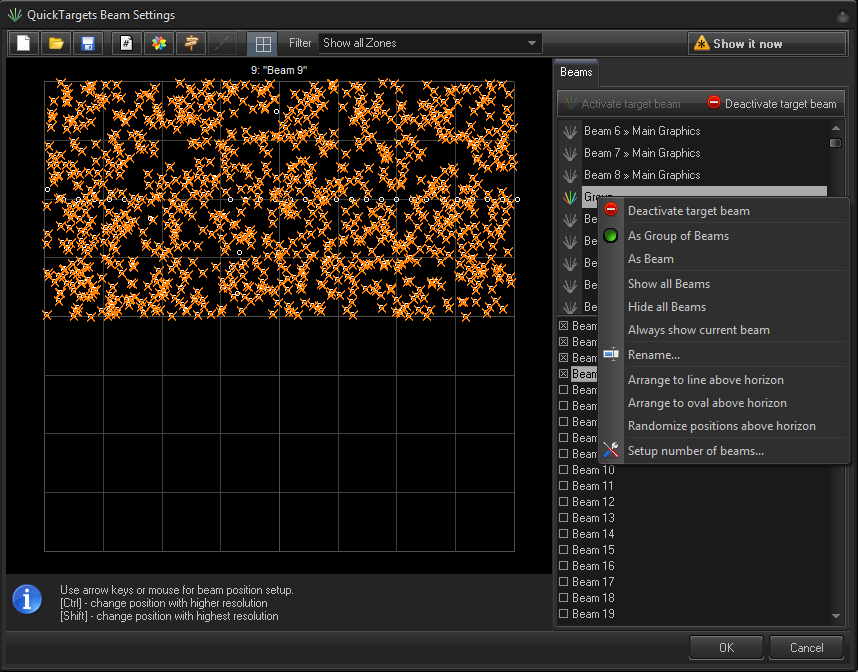